Air Force Achievement Medal . First of all, The Achievement Medal was first proposed as a means to recognize the contributions of junior officers and enlisted personnel who were not eligible to receive the higher Commendation Medal or the Meritorious Service Medal. as a result each military service issues its own version of the Achievement Medal, with a fifth version authorized by the U.S. Department of Defense for joint military activity.

While Air Force Achievement Medal is awarded for outstanding achievement or meritorious service that does not meet the requirements of the Air Force Commendation Medal. Place emphasis rather on award to junior officers and airmen whose achievements and service meet standards. Therefore do not award more than one AFAM during a 1-year period except under extraordinary circumstances.

Therefore this medal should not be awarded for aerial achievement or retirement.  So each military service issues its own version of the Achievement Medal, with a fifth version authorized by the U.S. Department of Defense for joint military activity.

In addition to these brave individuals who have conquered these tasks to gain this legendary award thank you! 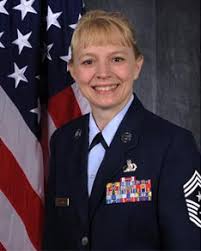 Deployment to Africa to support Navy P-3 Intel because gathering sorties for JTF LIBERIA.  Deployment to Batman AB.  Turkey to establish bare base comm.  In the first days of OIF Deployment to Jacobabad, Pakistan – expanded comm. support. Second rotation to base in support of OEF Deployment to Tallil (now Ali)AB, Iraq – helped establish the first Sq of Iraqi Air Force hence members after the toppling of the Saddam regime Tested/verified new UTC (6KTEA)comm. fly-away kit for USAFE. Validated vital initial comm. equipment. Received “Pat on the back” from inspectors.

There are no reviews yet.