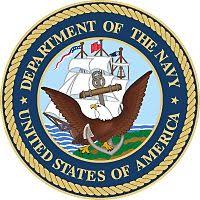 Navy Medals. Here at service medals and ribbons we have a large selection of Navy and military medals.

history of the United States Navy

divides into two major periods: the “Old Navy”, a small but respected force of sailing ships that was also notable for innovation in the use of ironclads during the American Civil War, and the “New Navy”, the result of a modernization effort that began in the 1880s and made it the largest in the world by the 1920s.

October 13 1775, when the Second Continental Congress passed a resolution creating the Continental Navy. With the end of the American Revolutionary War, the Continental Navy was disbanded. Under first President George Washington threats to American merchant shipping by Barbary pirates from four North African Muslim States, in the Mediterranean, led to the Naval Act of 1794.  Therefore created a permanent standing U.S. Navy. The original six frigates were authorized as part of the Act. Over the next 20 years, the Navy fought the French Republic Navy in the Quasi-War (1798–99), Barbary states in the First and Second Barbary Wars, and the British in the War of 1812.  In 1861, the American Civil War began and the U.S. Navy fought the small Confederate States Navy with both sailing ships and new revolutionary ironclad ships while forming a blockade that shut down the Confederacy’s civilian coastal shipping.

1882 consisted of many outdated ship designs. Over the next decade, Congress approved building multiple modern steel-hulled armored cruisers and battleships.  Around the start of the 20th century had moved from twelfth place in 1870 to fifth place in terms of numbers of ships. After winning two major battles during 1898.  Furthermore the  American Navy continued to build more ships, and by the end of World War I it had more men and women in uniform than the British Royal Navy. The Washington Naval Conference of 1921 recognized the Navy as equal in capital ship size to the Royal Navy. During the 1920s and 1930s, the Navy built several aircraft carriers and battleships.  Over the next four years fought many historic battles including the Battle of the Coral Sea, the Battle of Midway.  By the end of the war, the Navy had over 1,600 warships.